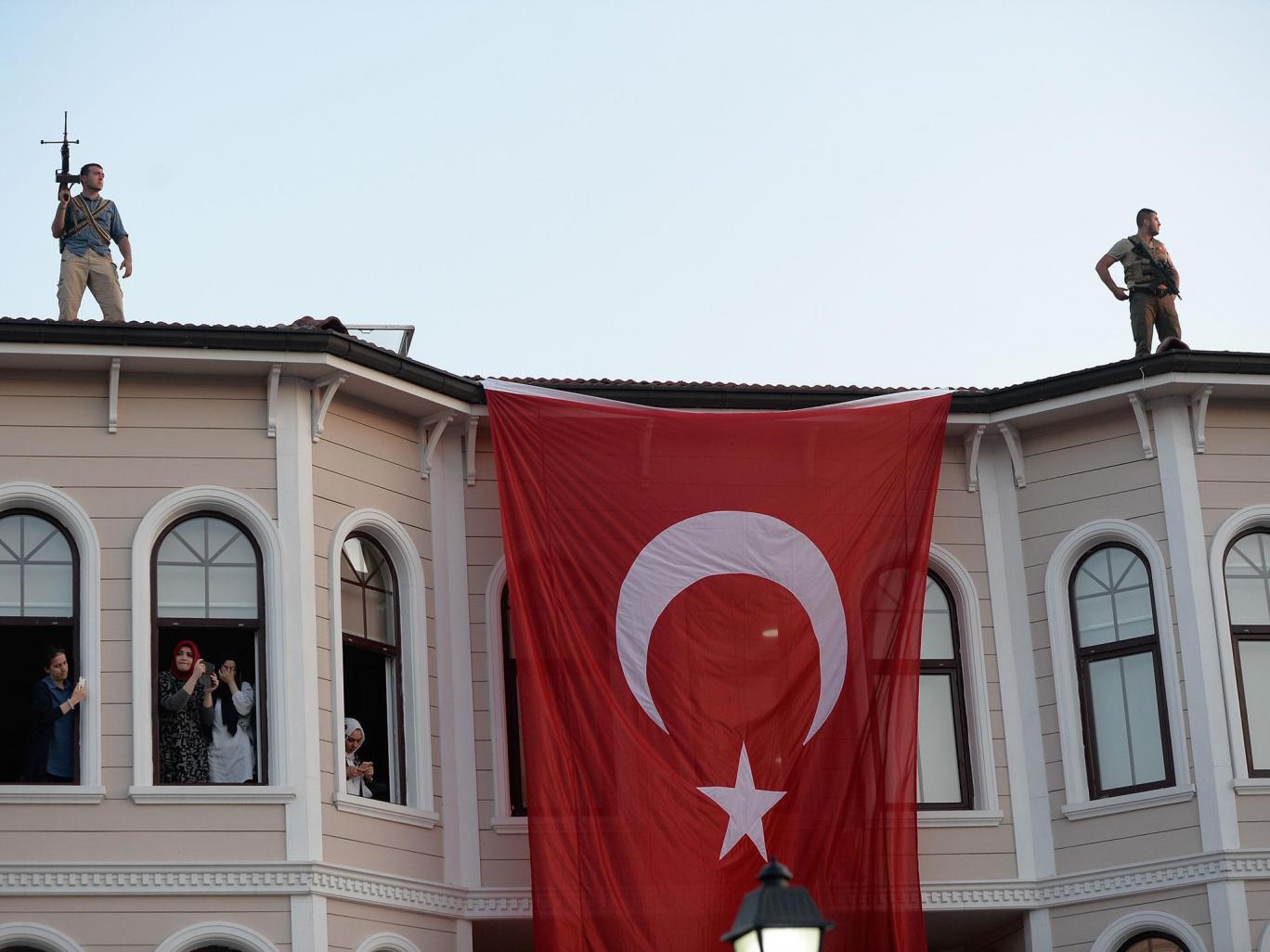 Turkish president Recep Erdogan has ordered that at least 131 media outlets suspected of inciting or sympathizing with this month’s failed military coup be permanently shut down.

Erdogan’s post-coup purges have targeted at least 50,000 people — including soldiers, police, civil servants, and academics — suspected of inciting or sympathizing with the military uprising. At least 15,000 have been detained so far.

Journalists — long a favorite target of Erdogan’s — have also been hastily targeted in the post-coup crackdown. As of Thursday, 42 journalists had been detained, according to Turkish analyst and journalist Mahir Zeynalov.

Zeynalov has been sharing photos on Twitter of the journalists as they are hauled away by Turkish police.

These are just a few of them:

The massive purges have given many analysts reason to believe that Erdogan — who called the failed coup “a gift from God” — is using the incident as an excuse to rid society of those who oppose his rule.

In the wake of roughly 14 terrorist attacks on Turkish soil in just over a year, Erdogan has attempted to significantly expand his presidential powers and quell dissent.

The US generally tries to avoid criticizing Turkey, which has the second-largest military in NATO and is a crucial ally in the fight against ISIS. President Barack Obama has expressed concern in the past about Erdogan’s repressive tendencies, however.

“I’ve said to President Erdogan to remind him that he came into office with a promise of democracy,” Obama said during a press conference at the end of the Nuclear Security Summit in April.

“And Turkey has historically been a country in which deep Islamic faith has lived side by side with modernity and an increasing openness. That’s the legacy that he should pursue rather than a strategy that involves repression of information and shutting down democratic debate.”

The US quickly condemned the attempted overthrow of Erdogan’s government on July 15, however, and called on all parties in Turkey to “support the democratically elected Turkish government.”

In any case, the coup attempt — and the mass purges that have followed — “presents a dilemma to the United States and European governments,” Richard N. Haass, the president of the Council on Foreign Relations, told The New York Times shortly after the uprising was put down.